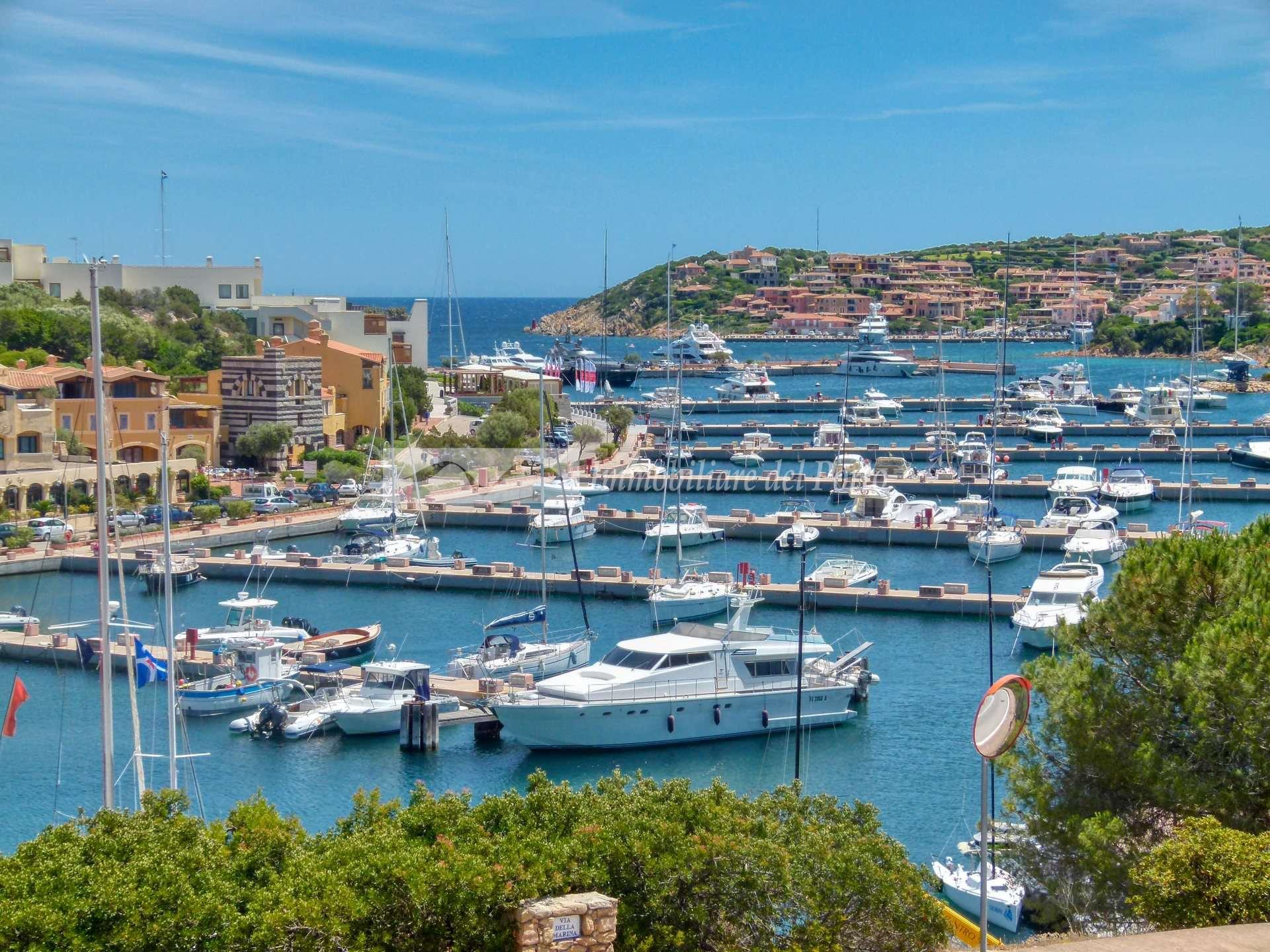 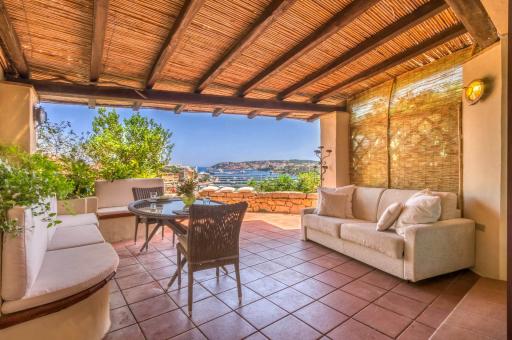 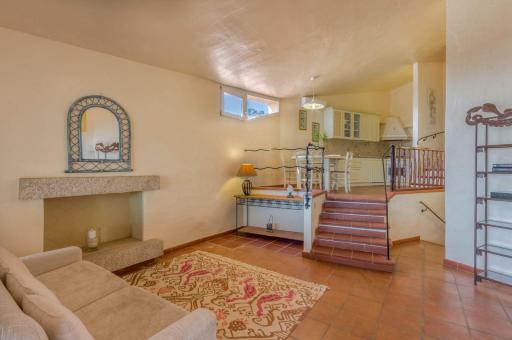 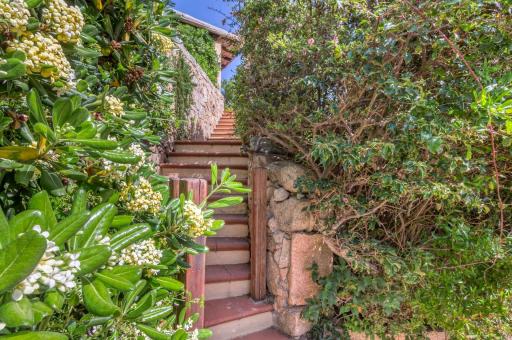 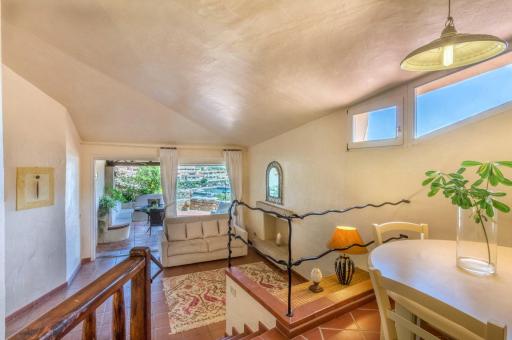 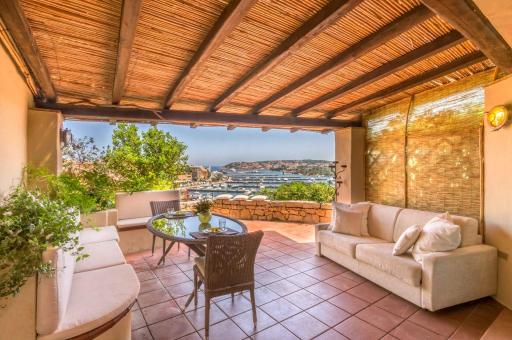 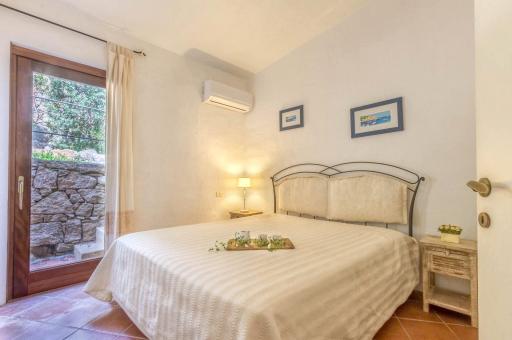 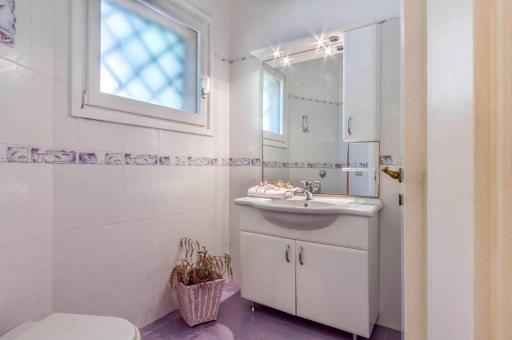 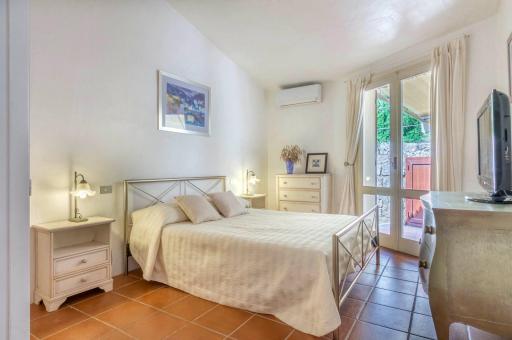 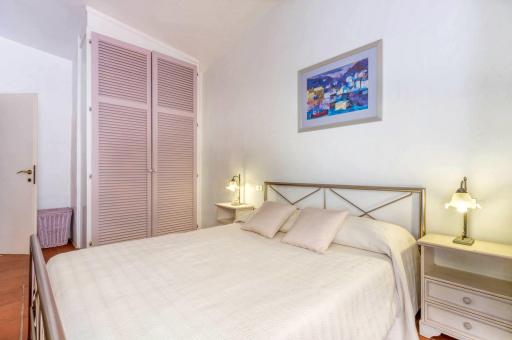 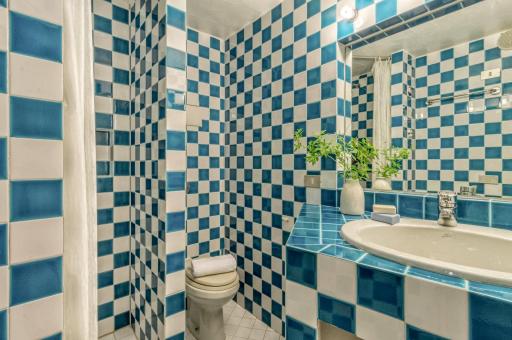 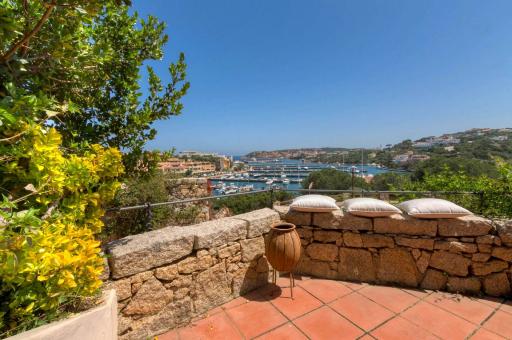 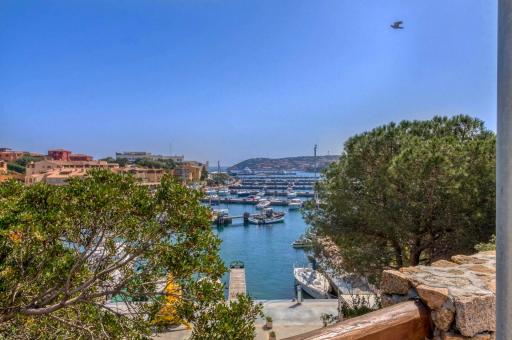 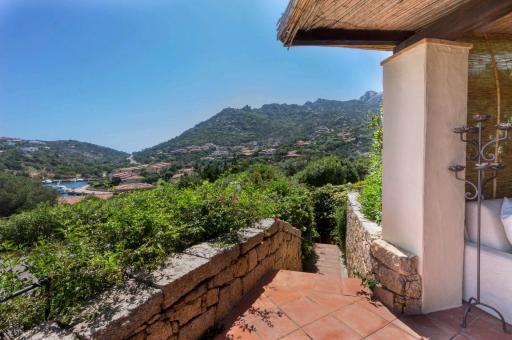 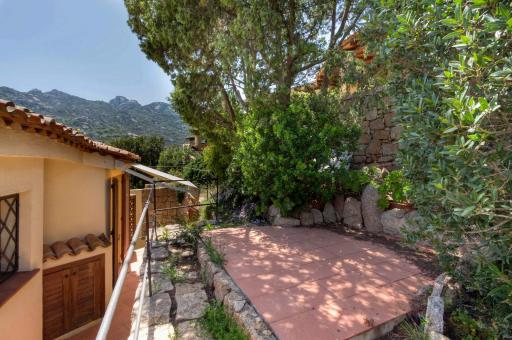 The property enjoys a splendid view over the harbor of the Marina of Porto Cervo, inserted in a compartment composed of three houses staggered between them that guarantees absolute privacy thanks to a careful distribution of the perimeter.
The interior is organized on three levels staggered in order to create an interesting layout of the rooms: large veranda furnished as living and dining area overlooking the view of the marina of Porto Cervo and which is the entrance to the house, living room, dining area and kitchenette, which leads to a hallway that connects to two double bedrooms, one with en suite bathroom with tub.
The flat also has a laundry room which is also used as a cellar, a small solarium at the rear, a water supply and a parking space.
All the rooms have independent air conditioning. 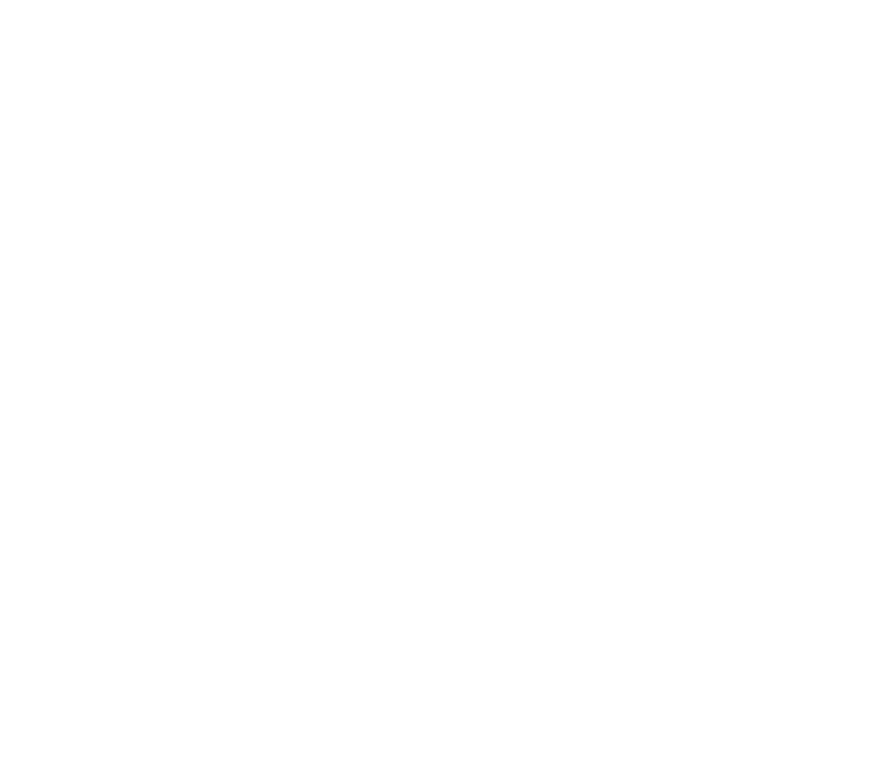